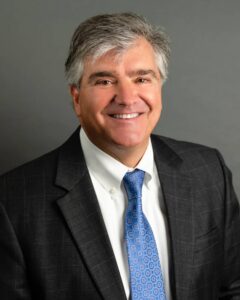 A life- long resident of the New Haven area, Oscar M. (Ozzie) Parente grew up in Woodbridge, Connecticut and graduated from Hopkins School in New Haven with the class of 1975. Thereafter, Ozzie earned a B.A. Degree from Villanova University in 1979 and then his law degree from the University of Bridgeport School of Law (now known as Quinnipiac University School of Law) in 1982. Later that same year, Ozzie was admitted to practice before the Connecticut Bar.

Ozzie has been engaged for most of his career in the private practice of law, focusing in the areas of real estate law, corporate finance, commercial law and contracting, and in the representation of buyers and sellers of various types of business organizations. In 2001, Ozzie accepted an in-house counsel position with large Connecticut manufacturer. In his capacity as Vice-President and General Counsel, Ozzie was a key member of the company’s executive staff while continuing to oversee all aspects of the company’s legal affairs including isuues regarding human resources.

Ozzie currently serves as a Commissioner on the Town of Orange Planning and Zoning Commission. He has also served in a leadership capacity in other organizations including the Quinnipiack Club Board of Governors, The Hopkins School Alumni Board and the Board of Directors of the Greater Valley Chamber of Commerce. In addition, Ozzie is a member of the New Haven County and Connecticut Bar Associations.